My journey to the site of the parting of the seas was awesome, and filled with many miracles, such that I ended up staying longer, leaving the Red Sea shore just yesterday. These gifts were a rebirth, a true “parting of the inner seas” replete with contractions, birthing pains and post partum depression. The sea even reflected this. The first days the water was choppy. The third day it was calm and crystal clear, you’ll experience it here like the Primordial Waters

Similar to the ancient Israelites, the journey through the desert took longer than expected…

But the journey is such a healing process filled with amazing gifts unexpectedly received which just strengthens my inner faith and trust in the Divine rightness of it all.

Going slower is bringing a shower of unexpected gifts…

One: I ended up spending the night with a friend in the old port city of Jaffa (biblical site of Jonah and the Whale) 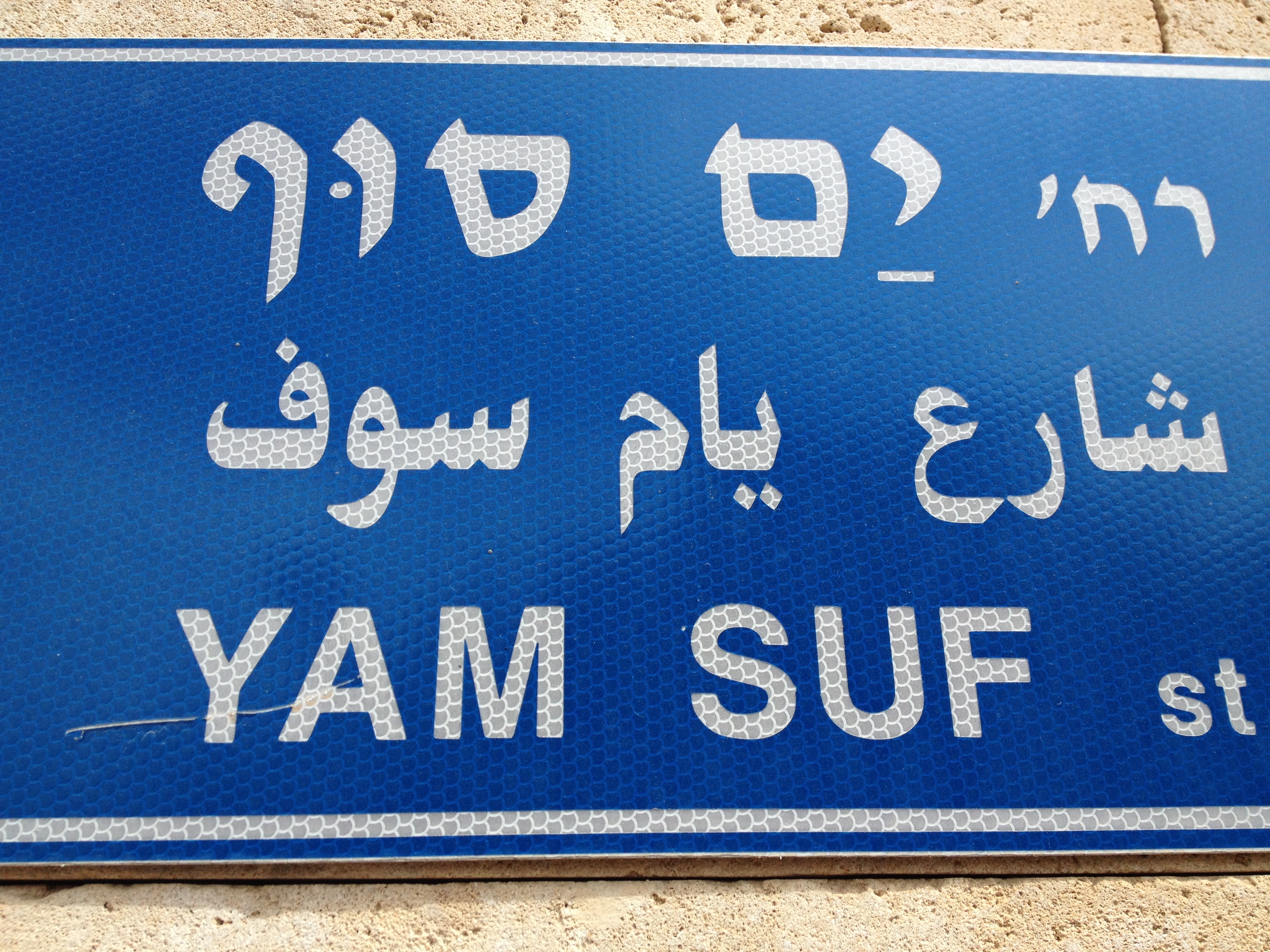 Two:Â  the name of her street is Red Sea St. (Yam Suf in Hebrew)…

I suddenly remember how a trip to Jaffa, twenty years ago brought inspiring miracles which I share with you today….

I was living in Paris France. My one year working visa was expiring and non-renewable. I did not want to return to the US, especially after I finally had the courage to leap into the unknown towards my destiny, trusting the inner which was guiding me since I was a little girl, which self-doubt and desire to fit in told me were just “childish dreams”.

My friend Marie had a dream of pilgrimage to the Holy Land. It was the last place on earth I was planning to visit. After my ex-husband and I came on a journey in 1981 to check out the possibilities of living in the Middle East, I shut the entire continent out of my conscious mind. Divine power had other plans in mind for me.

I decided to join her on a transformational healing journey. It was time of the Oslo Accords. I was thinking about recording music in the five languages I speak – Hebrew one of them… I was idealistically imaging – One World, One Song, One Music… it would be great to go to Israel with her. 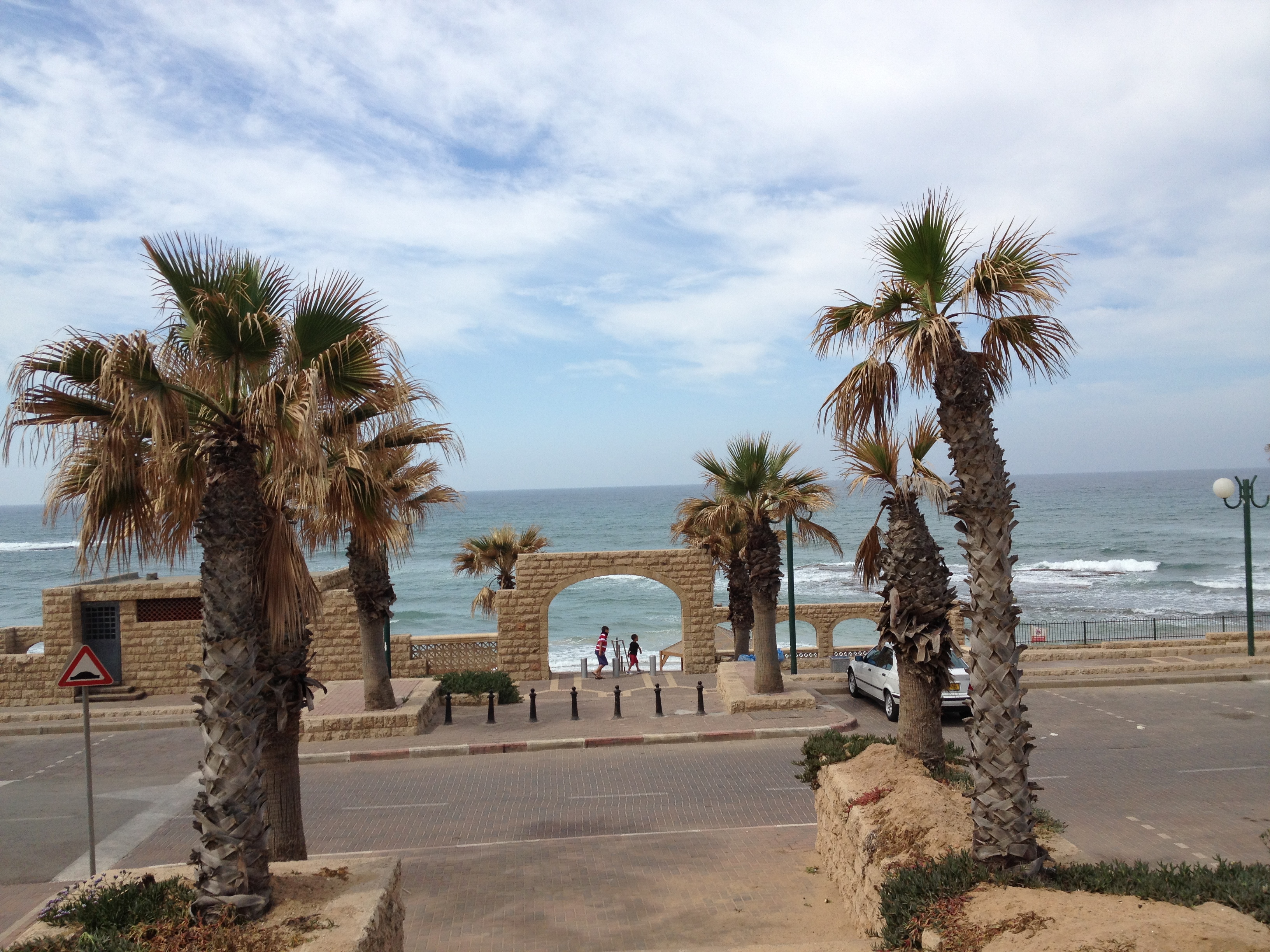 A week before our trip, she disappear from my life. To this day, I have no idea what happened. With non-refundable ticket in hand I decided to journey on my own private Exodus – Parting of the Seas – Freedom from Inner Slavery two week tour to Israel. Of the two weeks I spent in Israel, the majority of my time was spent meditating on the shores of the Mediterranean.

While it was dramatic and exciting to visit Israel during holiday time, I also felt isolated and alone.

I had limited funds which needed to last the full two weeks on my own.Â  The last night, I dared follow through on the voice guiding me to a fancy fish restaurant.

You don’t have enough money for this restaurant. Make do with something simpler. I listened to the voice of inner soul rather than the one of reason.

I was the only person in the restaurant. It was so painful. I ordered my fish – ordered by weight so you don’t know how much it costs until after you eat.Â  I was praying to trust my inner guidance.

My inner voice was also guiding me to move to Israel.Â  Are you nuts?Â  I thought.

An older couple came in to eat. We struck up conversation. It was pleasant. They invited me to sit with them for dessert.

The time came to ask for the bill. I cringed and asked the waitress.

The gentleman sitting with me said: “We already paid for your meal. How often do we get to have such wonderful company with such a beautiful woman”?Â  At that moment, once again, the Divine answered in such clear terms.

I had enough money to take a taxi to the airport the next morning.

My week at the Red Sea, was just the opposite – I was surrounded by companionship the entire time and I had plenty of time for my self contemplation. Every morning, I was offered coffee and breakfast by neighboring campers.

I had friends visiting their children in Eilat, so I had Divine companionship with friends when I was up for it.

None of this was planned ahead. I had even forgotten about the twenty year anniversary until this morning when I awoke and saw the name of the street sign.

I have plenty. I am clear of my right livelihood. I trust my inner voice to guide me.

It’s such a slow process. Twenty years… if I compare it to the Israelites forty years in the desert that’s a blip in time!Â  The inner joy, self satisfaction and self esteem that accompanies the other side, makes the messy birth process a small price to pay.

Miriam’s Magical Well of Calm online oasis and retreat beginning next week is the extension of this glorious week of miracles. The ability to give what I have so generously received, is a blessing. Watching others reclaim their own authentic voices and sharing them with the world is an honor which I thank my lucky stars to be part of.

Curious what this post stirs up for you? What inside is on YOUR slow burner, cooking?